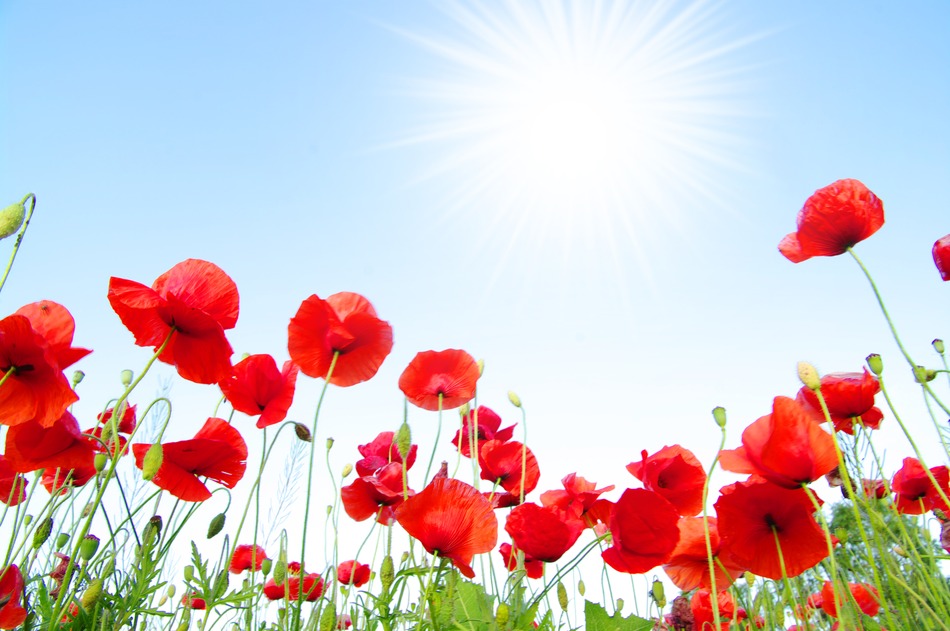 On this hundredth anniversary of “the war to end all wars”, The Marda Loop Communities Association would like to remind the citizens of Calgary that the streets in the neighbourhood of Garrison Woods are named in commemoration of Canadian World War I battles. On August 4th 1914, Britain and Canada entered the World’s first mechanized war. The conflict would eventually lead to the death of over nine million combatants and more than seven million civilians.

In 2000, the Canada Lands Company placed a series of brass plaques on the streets of Garrison Woods that describe the battles after which these streets are named. Please take some quiet time to make the walk, and pay homage to the men and women who lost their lives fighting for the young nation of Canada.

The plaques of the Garrison Woods Legacy Walk read as follows:

In the spring of 1915, Canadian soldiers of the 10th Battalion, perpetuated by the Calgary Highlanders, proved their mettle in the face of heavy bombardment and the use of a deadly new weapon – chlorine gas. On April 22, 1915, a greenish-yellow cloud drifted over the Allied trenches at St. Julien, part of the Ypres salient, killing French and Algerian troops and creating a gap in the Allied lines. This was the first effective use of gas on the Western Front. The Canadian First Division, including the 10th Battalion, would be the next victims of this new weapon. In the early hours of April 24, a dense cloud of chlorine gas was released to drift over the Canadian lines. Badly outnumbered, and suffering the ravages of the gas, the Canadians were forced to withdraw to hold a new line. But they did not break, and the enemy advance stalled.

Best known through Lt. Col. John McCrae’s immortal poem “In Flanders Fields”, this flat region straddling the French-Belgian border was the scene of horrific battles during the First World War. It was here that most of Canada’s soldiers fought during the conflict, in such battles as Passchendaele, Ypres, Messines and St. Eloi. The soil in the area, which receives rainfall almost daily, comprises impervious clay and has very poor drainage. After shelling, the resulting sticky mud made fighting in the region extremely difficult. Lt. Col. McCrae, a Canadian doctor, served in the Second Battle of Ypres in the spring of 1915. He wrote “In Flanders Fields” on May 3, 1915, after 17 days of treating the wounded. McCrae died of pneumonia in France in 1918.

Mount Sorrel, located southeast of Ypres in northwest Belgium, was the focus of a German attack on June 2, 1916, which involved three of the four Canadian divisions. As part of the 3rd Canadian Division, the Princess Patricia’s Canadian Light Infantry (PPCLI) was responsible for the flank north of Mount Sorrel in an area called Sanctuary Wood.

The Germans captured Mount Sorrel and some of the woods nearby, but made very little gain from the Canadian defenders to the north. The PPCLI suffered 400 casualties, including 150 killed on the first day of the attack. The forces moved back and forth over the next several days of the battle. Finally on June 13, troops of the first Canadian Division recovered Mount Sorrel and the surrounding areas.

The Somme offensive was the main Allied attack on the Western Front in 1916, and the bloodiest. The offensive took place along a 30-kilometre front north of the Somme River in the Picardy region of France. Between July 1 and November 19, 1916, at a staggering cost in human lives, the Allies gained only a few kilometres of territory. Of the 623,907 Allied casualties, more than 24,000 were Canadians or Newfoundlanders. The Germans suffered 670,000 casualties. During a September 1916 offensive at the Somme, Canadian soldiers were supported by tanks – the first use of such weapons on the Western Front.

On March 30, 1917, the German army occupied Moreuil Wood on its push towards the major railway centre of Amiens. The Wood commanded the approach to this important French town, only 100 kilometres north of Paris. The Canadian Cavalry Brigade, which included the Lord Strathcona’s Horse, was sent to recapture the Wood on the same day. Lt. G.M. Flowerdew, who led the attack for ‘C’ Squadron of Lord Strathcona’s Horse, died from wounds received in the charge and was posthumously awarded the Victoria Cross. The Germans recaptured the Wood on March 31, but the Canadian Cavalry Brigade re-entered and cleared the Wood the following day. Although the Germans recaptured Moreuil Wood and nearby Rifle Wood by April 5, the delaying action by the Canadians and their allies halted the Germans for several months and cost them thousands of irreplaceable casualties.

Of all World War I Battles in which Canadian soldiers fought, Vimy Ridge stands unparalleled in its impact on the national consciousness. British and French troops had already tried and failed to capture the tactically important ridge in northern France. On April 9, 1917, all four Canadian divisions of the Canadian Corps attacked together for the first time in the war. Among those involved were the Princess Patricia’s Canadian Light Infantry, and the 10th and 50th Battalions of the Canadian Expeditionary Force, later perpetuated by the Calgary Highlanders and The King’s Own Regiment. In a matter of days, the Canadian Corps achieved a stunning victory, securing not only Vimy Ridge, but also a source of enduring national pride. Like the battlefield itself, the price was steep: Canadian casualties reached 10,602, including 3,598 fatalities.

Four Canadians won the Victoria Cross at Vimy, including John G. Pattison of the 50th Battalion. Maj. Gen. Arthur Currie, after whom Currie Barracks were subsequently named, was knighted on the battlefield.

To the soldiers of the day it was simply “Wipers”, an ancient walled city in a little corner of Belgium known as Flanders. Time and again, Canadian Battalions returned to battle in defence of the salient around the city to stop the relentless German attacks. Despite the heavy shelling that reduced the city to rubble, Ypres never fell into enemy hands. The Princess Patricia’s Canadian Light Infantry was almost destroyed on May 8, 1915 at Frezenberg, holding the line a few kilometres from Ypres. Both the 10th and 50th Battalions, perpetuated by the Calgary Highlanders and The King’s Own Regiment, served in the water-filled trenches of the Ypres salient. All three Regiments were awarded the Battle Honour “Ypres”.

Passchendaele Ridge was a key location in the Allies’ plan to take Flanders and open the way to the Belgian coast ports. Late in 1917, all four divisions of the Canadian Corps took part in attacks that became known as the Second Battle of Passchendaele. Among those who fought in the battle were Princess Patricia’s Canadian Light Infantry and the 10th and 50th Battalions, which are perpetuated by the Calgary Highlanders and The King’s Own Calgary Regiment. Of the nine Victoria Crosses awarded to Canadian veterans of Passchendaele, one went to PPCLI’s Sergeant George H. Mullin. Canadian troops occupied the ruins of Passchendaele village and captured most of Passchendaele Ridge.

At a cost of 15,654 Canadian casualties, the offensive gained only seven kilometres of mud, which the Germans soon took back again.

The eastern French town of Cambrai was the site of the first effective tank attack in history. On November 20, 1917, 380 Allied tanks rolled toward the Hindenburg Line and captured a great deal of enemy territory. The Hindenburg Line was a defensive barrier of barbed wire, deep trenches and pillboxes located a few miles behind the front lines. It was constructed in 1916-17 to counteract the Allies’ superior numbers and firepower. As part of the Canadian Cavalry Brigade, the Lord Strathcona’s Horse provided infantry during the German counter-attacks. Although the German army soon reclaimed the Allied gains, the place of the army tank in the military arsenal was assured. These weapons were used successfully for the duration of the war.

St. Quentin and St. Quentin Canal are located in eastern France, 80 kilometres east of Amiens on the Somme River. The Canal formed part of the Hindenburg Line, a defensive barrier with barbed wire, deep trenches and pillboxes armed with machine guns. Located a few miles behind the front lines, the Hindenburg Line was constructed in 1916-17 to counterbalance the Allies’ superior numbers and firepower.

On November 20, 1917, the Canadian Cavalry Brigade attempted to cross and secure the canal and capture the town of Cambrai. During the next several days the Canadians, including the Lord Strathcona’s Horse (Royal Canadians), held off German counter-attacks, suffering more than 50 casualties on December 1, 1917.

In August 1918, the Canadian Corps (all four Canadian Divisions) and the Canadian Cavalry Brigade played a leading role in what German General Eric Ludendorf later termed “the black day of the German army”. Named for nearby Amiens, an important transportation and communication centre in eastern France, the Battle of Amiens proved a significant Allied victory and heralded Germany’s final retreat along the western front. Both the Princess Patricia’s Canadian Light Infantry and Lord Strathcona’s Horse (Royal Canadians) took part in the Amiens offensive, as did the 10th and 50th Battalions, perpetuated by the Calgary Highlanders and The King’s Own Regiment.

Among the 11,822 Canadian casualties was Sergeant Robert Spall of the PPCLI, who received the Victoria Cross posthumously for holding off a German counter-attack on August 13, 1918.

For three days in August 1918, Canadian soldiers fought southward from the canalized Scarpe River in eastern France against desperate German defenders. During that period the 3rd Canadian Division engaged, and almost annihilated, two complete German divisions and part of a third. After bitter fighting, the Canadians had succeeded in driving back the enemy eight kilometres, capturing 3,300 prisoners and large stocks of weapons. The Battle of the Scarpe cost 5,801 Canadian casualties, Princess Patricia’s Canadian Light Infantry losing almost 200 of that number.

Arras, the capital of the Pas-de-Calais region in northern France, lies 170 kilometres north of Paris. In August of 1918, Arras was one of several key towns held by the German army. The region was the source of bitter fighting that would see the Canadian Corps suffer its worst casualties of the “Last Hundred Days of the War”.

The Canadian Corps’ objective was to break the major defences surrounding Arras. Well-constructed German positions involved a series of deep trench systems, strategically placed and protected by belts of barbed wire. The Canadians attacked on August 26 and amongst those at the forefront of the battle were Princess Patricia’s Canadian Light Infantry and the 10th and 50th Battalions, perpetuated by the Calgary Highlanders and The King’s Own Calgary Regiment. On the morning of September 3, after more than a week of heavy fighting, patrols sent out at dawn found no trace of the Germans. At the cost of 11,000 casualties, the battle was won.

Two major First World War battles took place at Mons, a Belgian town on the border with France. British and French troops lost the first battle of Mons in August 1914 when the German attackers swept into France. The second battle, which began on November 2, 1918, involved the Canadian Corps under the leadership of General Sir Arthur Currie. Among the Canadians who liberated Mons on November 10th were members of Princess Patricia’s Canadian Light Infantry. The next morning, sentries remained alert as raw mist hung over the ground; infantry cleaned their weapons, the artillery was packed, and the advance was ready to resume. However, instead of the expected order to advance, troops received word of a cease-fire. General Currie made his first official entry into Mons on November 11, 1918, the day the armistice was signed. After four years of bloodshed, the war was over.